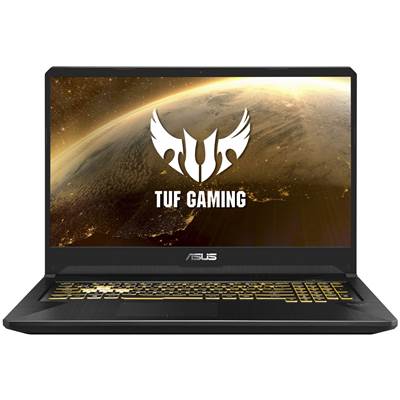 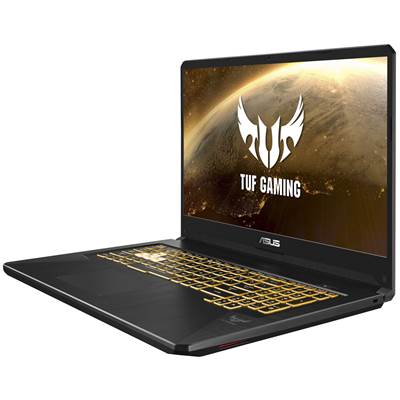 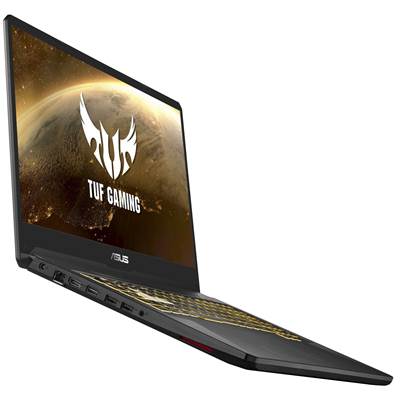 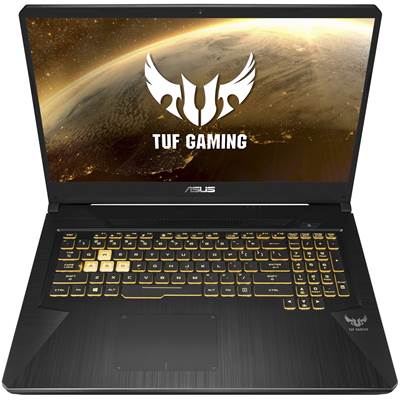 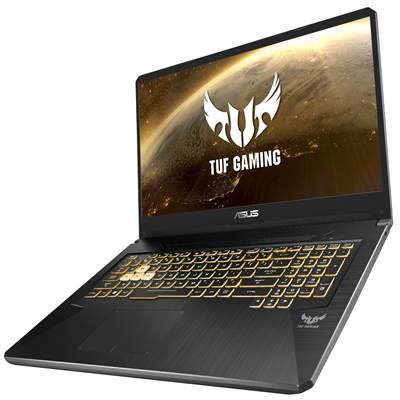 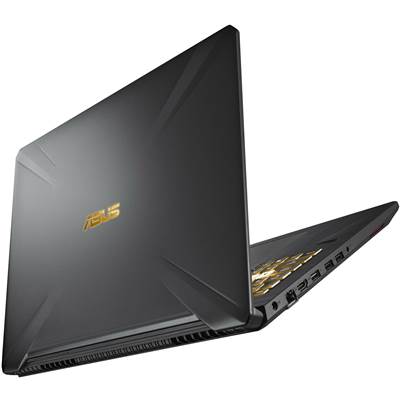 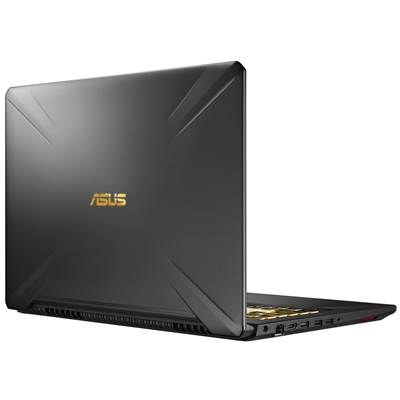 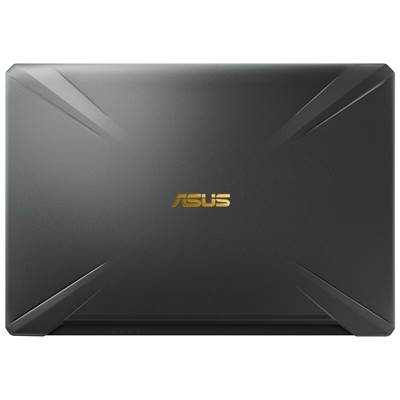 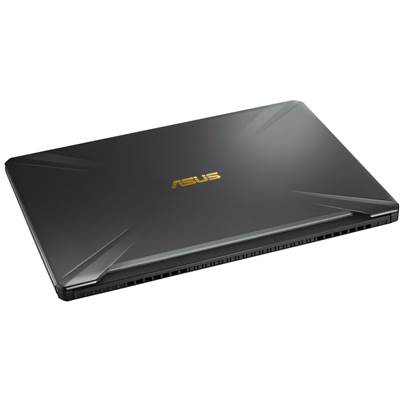 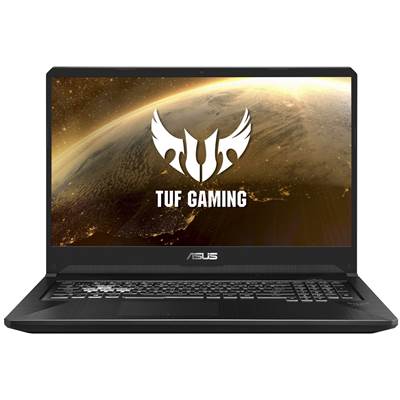 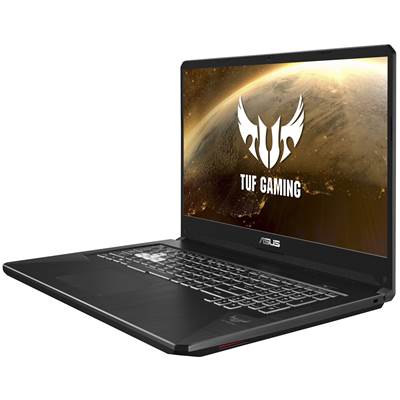 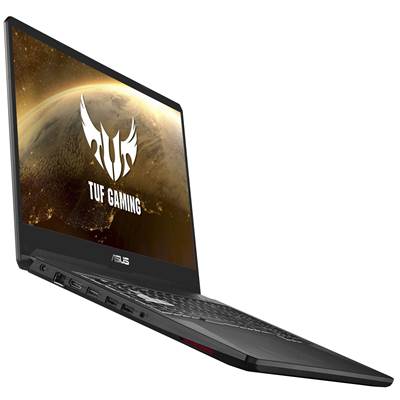 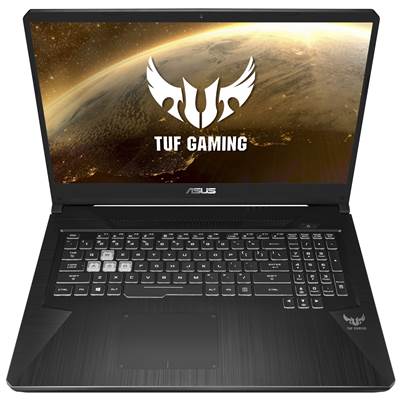 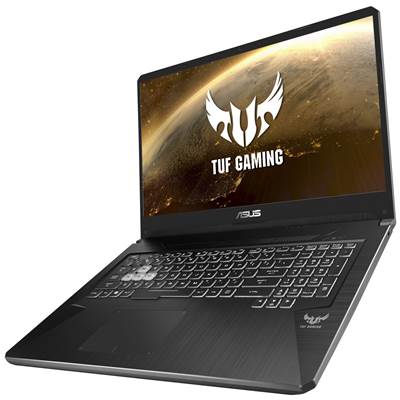 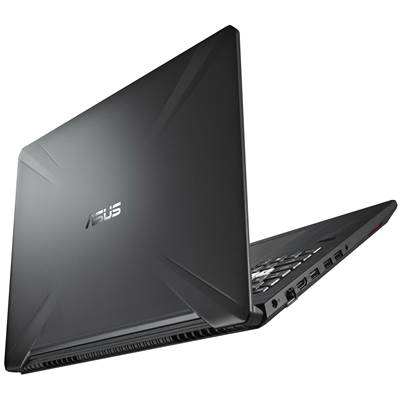 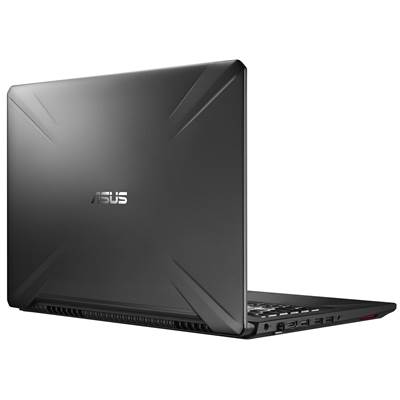 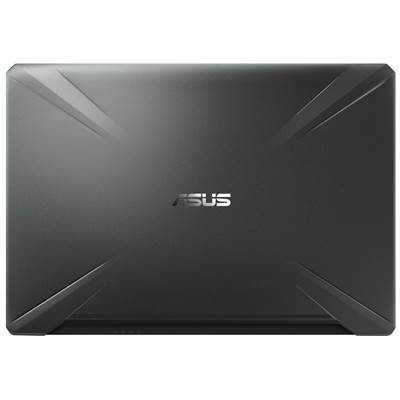 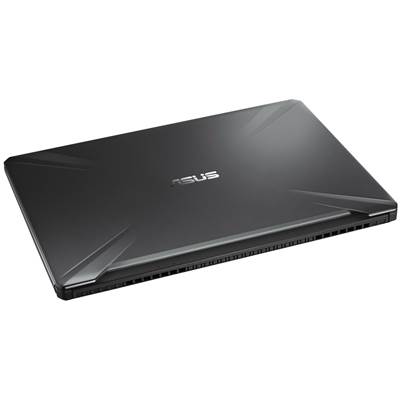 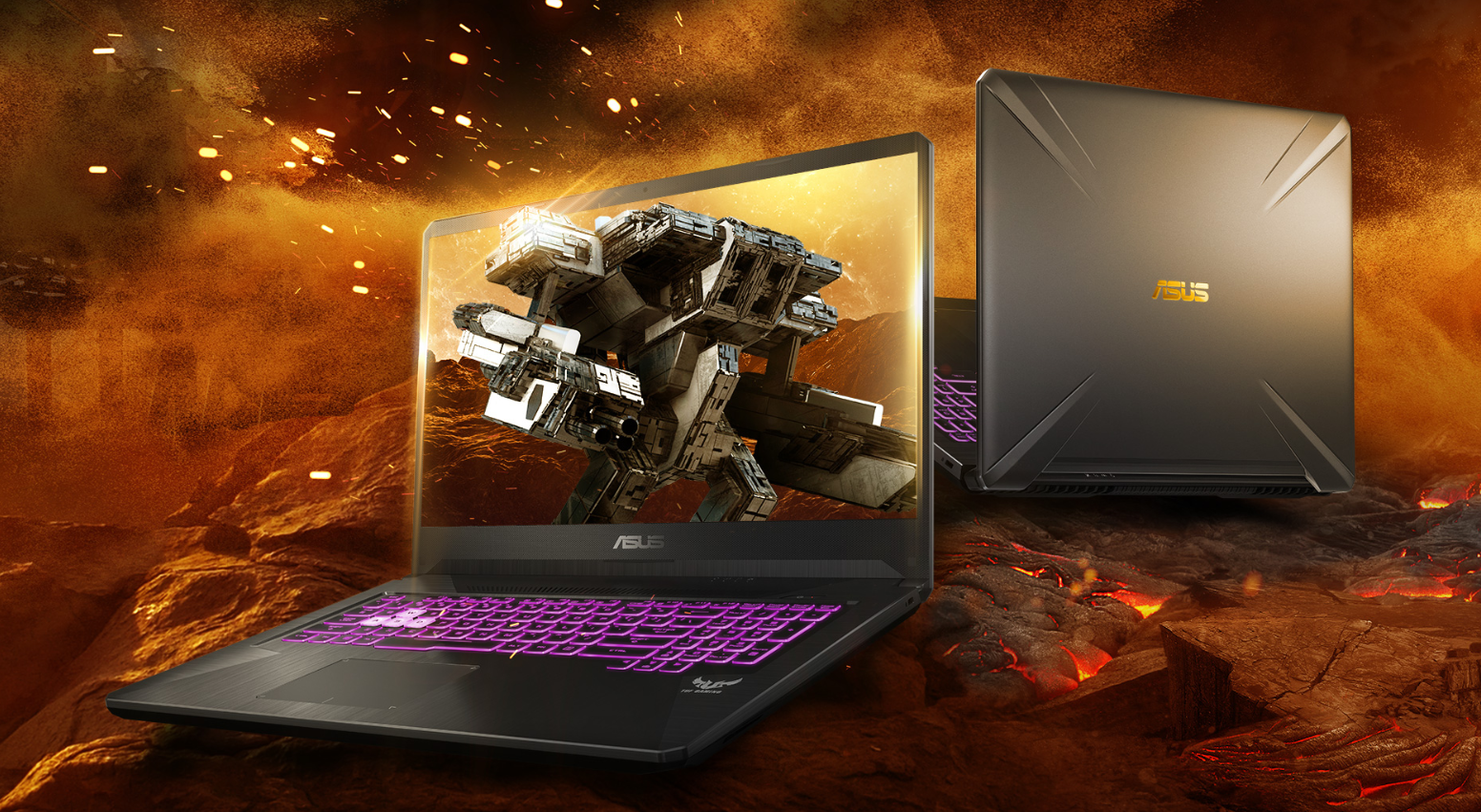 EXTREME IMMERSION ON AN ULTRAFAST DISPLAY

* Bezel width is the measured distance between the screen and the laptop frame. 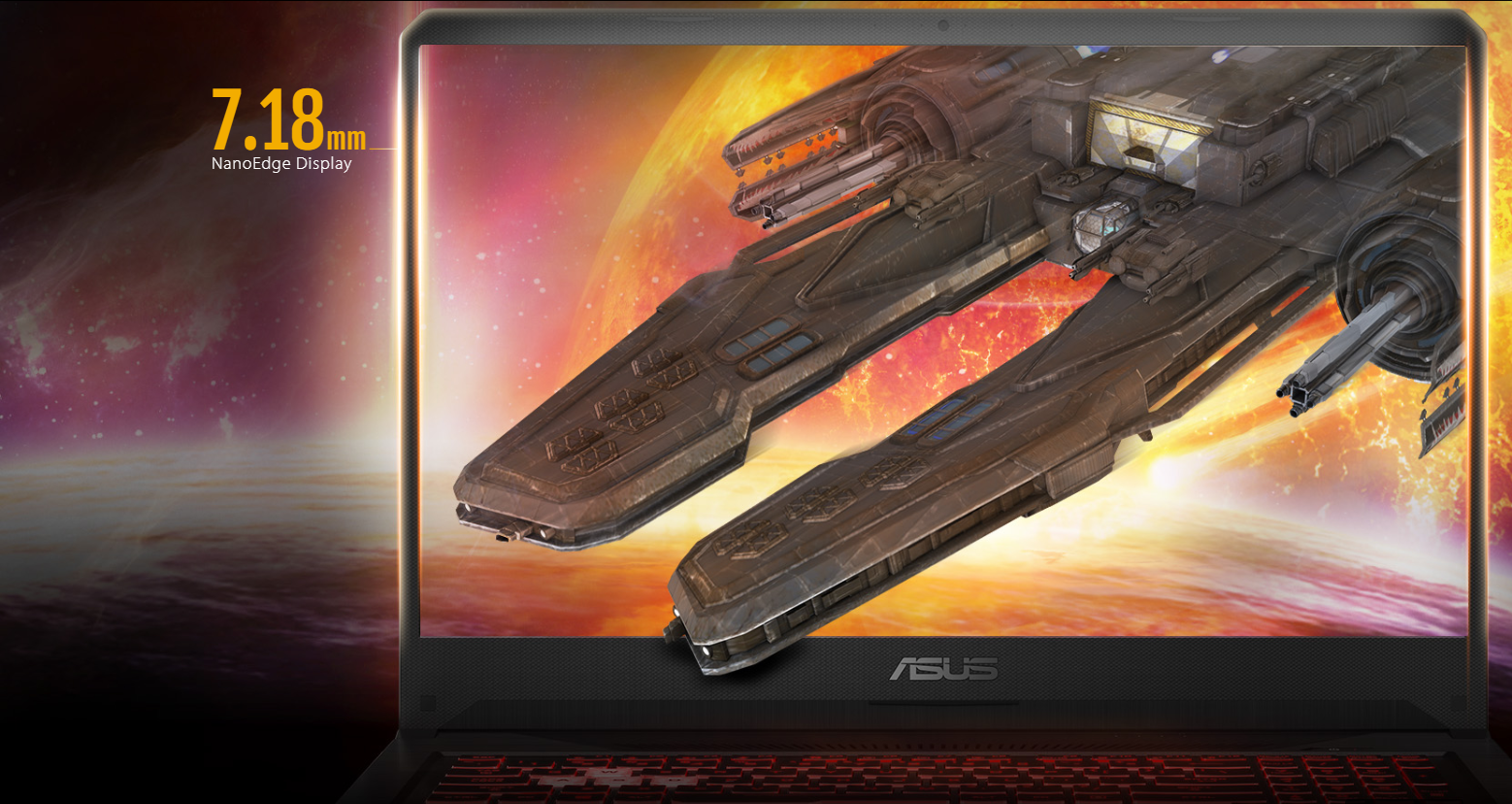 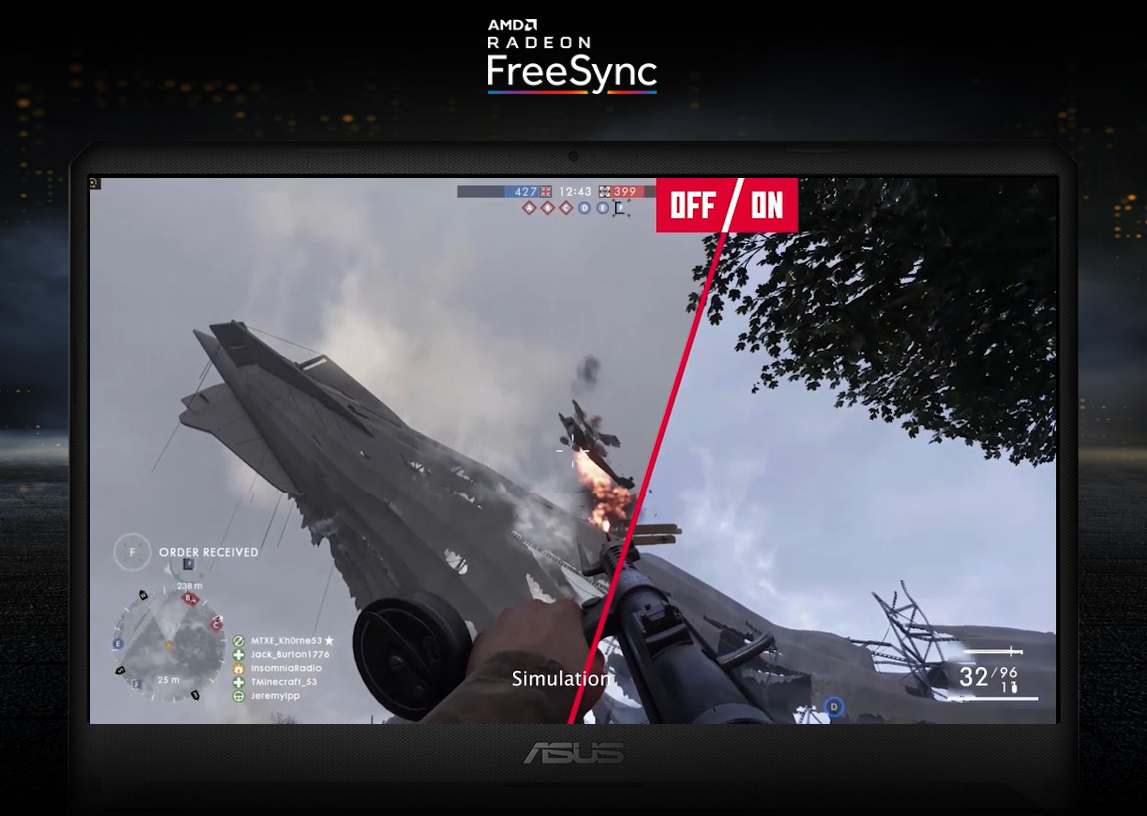 ENGAGE THE ENEMY WITH AMD FIREPOWER

Imagine a compact gaming laptop that punches well above its weight — that’s what FX705 AMD Edition brings to the party. It’s powered by the latest AMD Ryzen processor, which has quad cores and eight threads capable of speeds of up to 3.7GHz. And it’s not just for gaming, FX705 AMD Edition allows for faster, more efficient multitasking, including daily productivity tasks, surfing the net, and watching movies and videos. Paired with Radeon RX 560X graphics, you can rest assured that FX705 AMD Edition is up to the task, inside and outside the gaming arena. 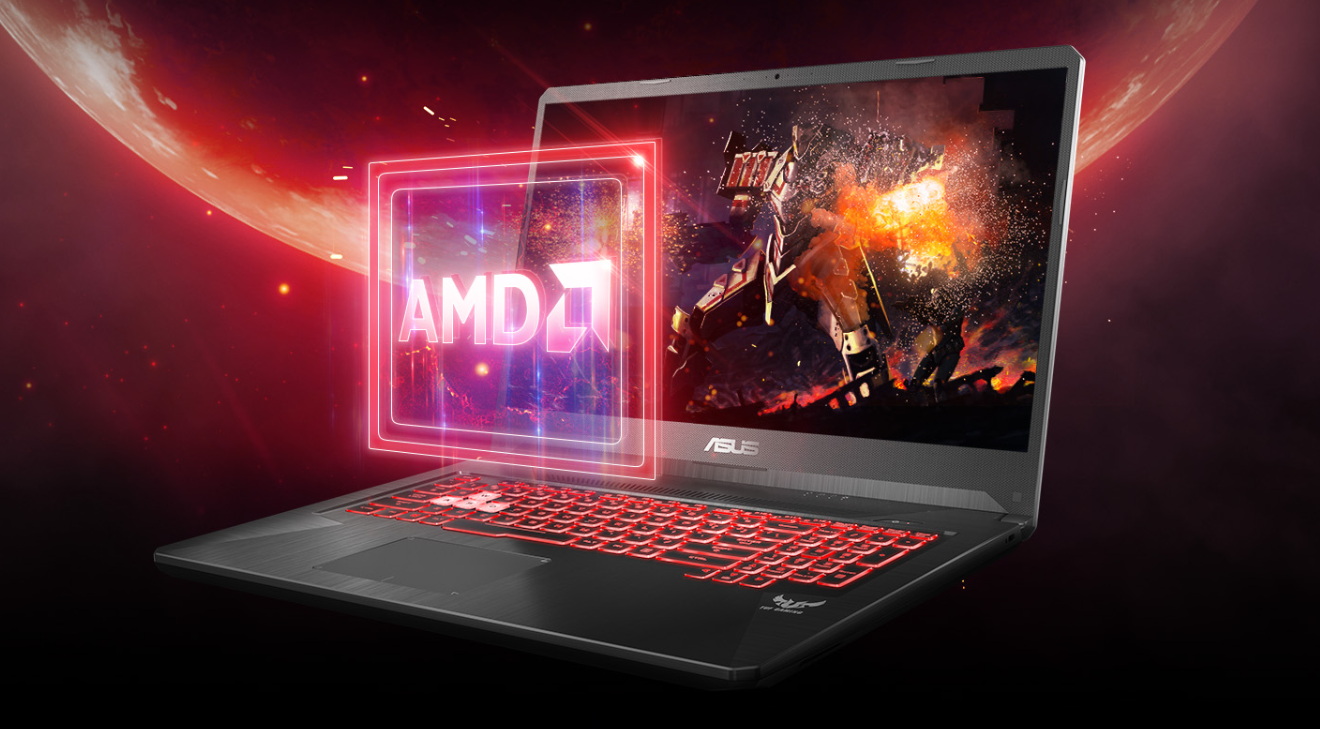 Infused with the spirit of The Ultimate Force (TUF), FX705 AMD Edition has passed a series of rigorous military-grade MIL-STD-810G durability tests*, successfully surviving varying conditions including solar radiation exposure, high altitude, and temperature extremes. It's certified to endure day-to-day use, from accidental knocks to sudden drops on a desk. Durable and stable, FX705 AMD Edition has been pushed to the limit to ensure only the very best for gamers.

* These tests are held in strict environmental conditions and under the supervision of quality test engineers. Product testing without proper controls or guidance may damage the product, and in some instances, create situations where there is significant risk of injury, disability, or death.

FX705 AMD Edition has two stand-out designs that exude toughness and power. Its Gunmetal Grey aluminum or black plastic cover features the distinctive Radiating-X design with a matching sandblasted or brushed finish. The hexagonal design on the underside of the chassis provides additional structural rigidity, completing the laptop's modern and aggressive lines. 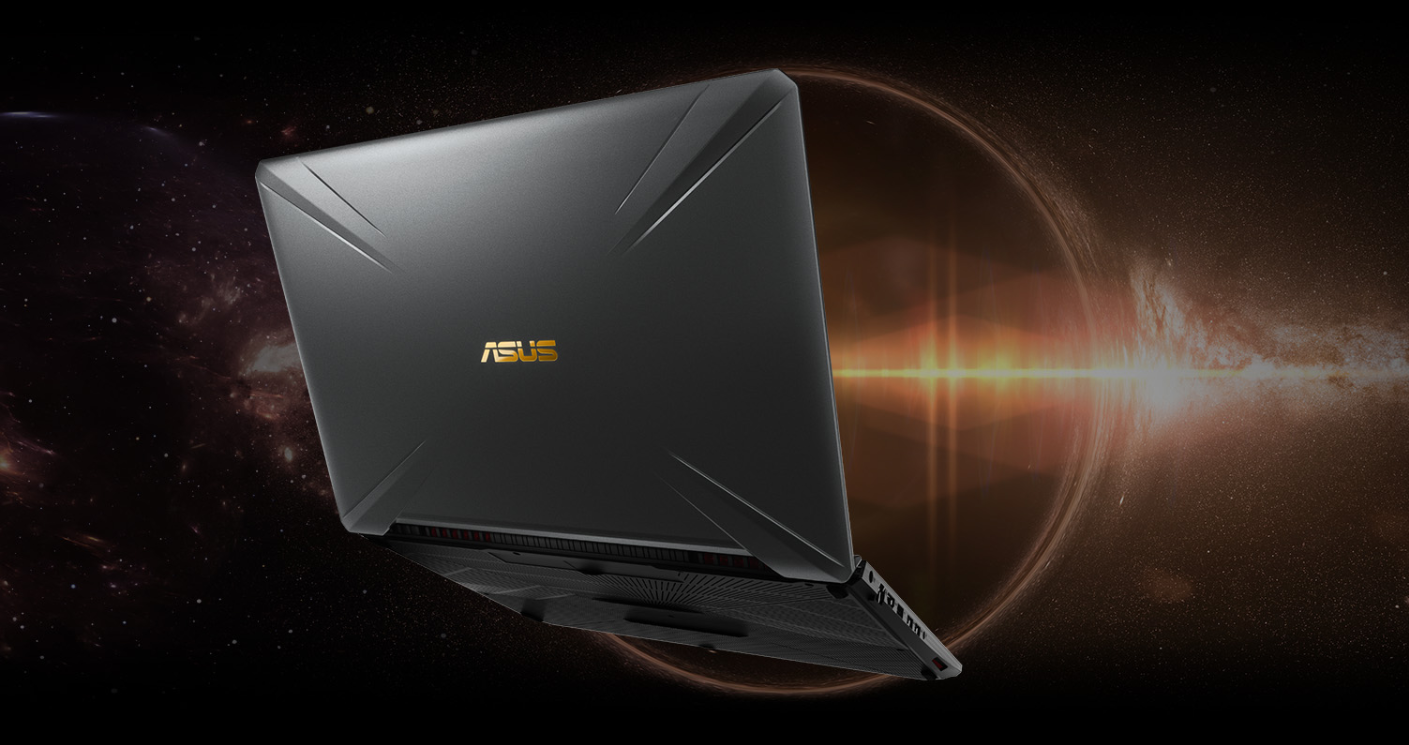 FX705 AMD Edition has a keyboard that's optimised for gaming, featuring RGB backlighting* across all zones that can be controlled via the TUF Aura Core panel so you can express your own unique style. Exclusive HyperStrike technology ensures more accurate typing and improved ergonomics thanks to a desktop-inspired layout with a highlighted WASD key group, broader space bar, isolated arrow keys, and recognisable gaps between the function keys. In addition, Overstroke technology registers keystrokes faster for precise and effortless control.

* RGB-backlit keyboard may not be available on some models. 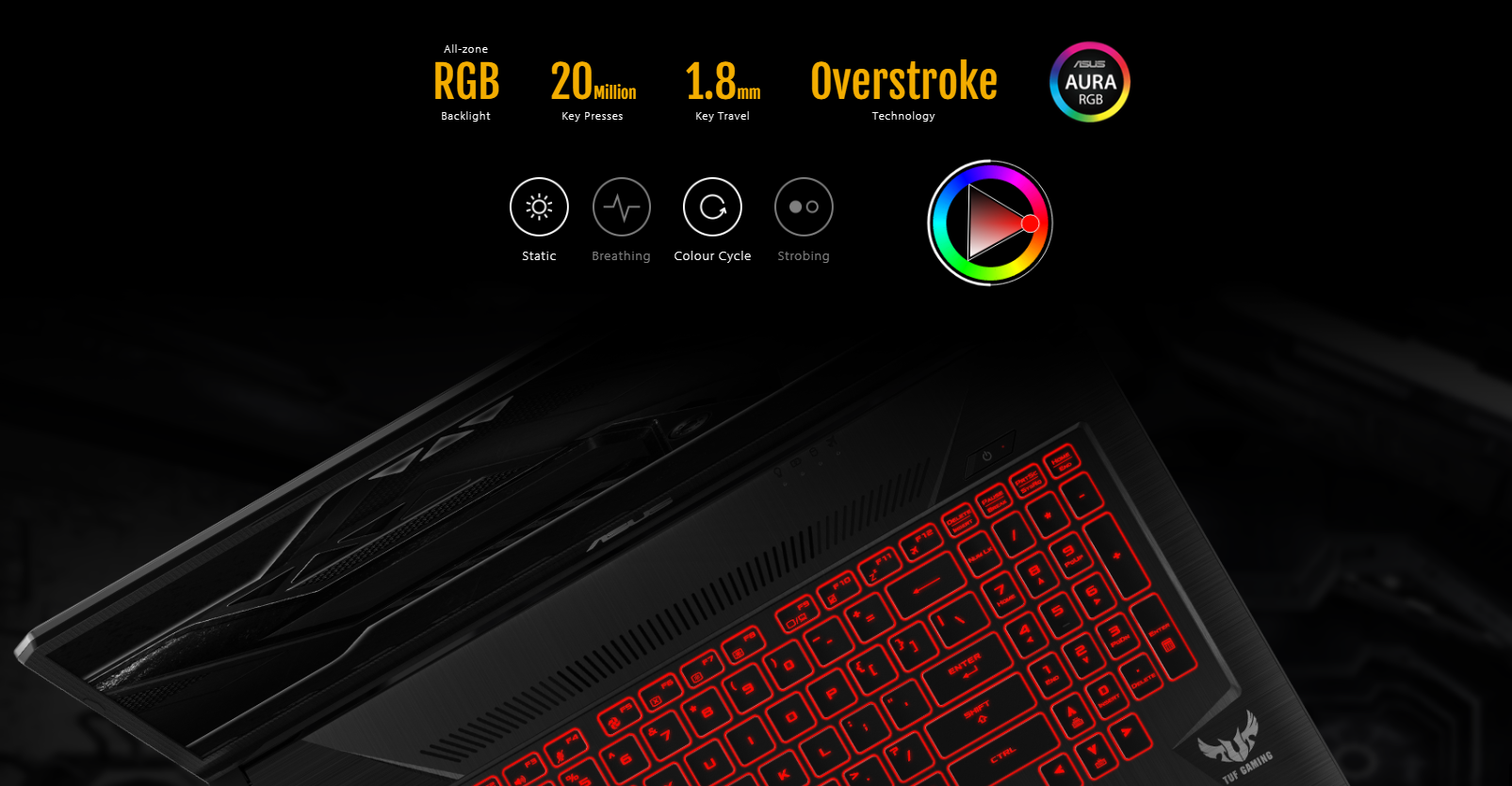 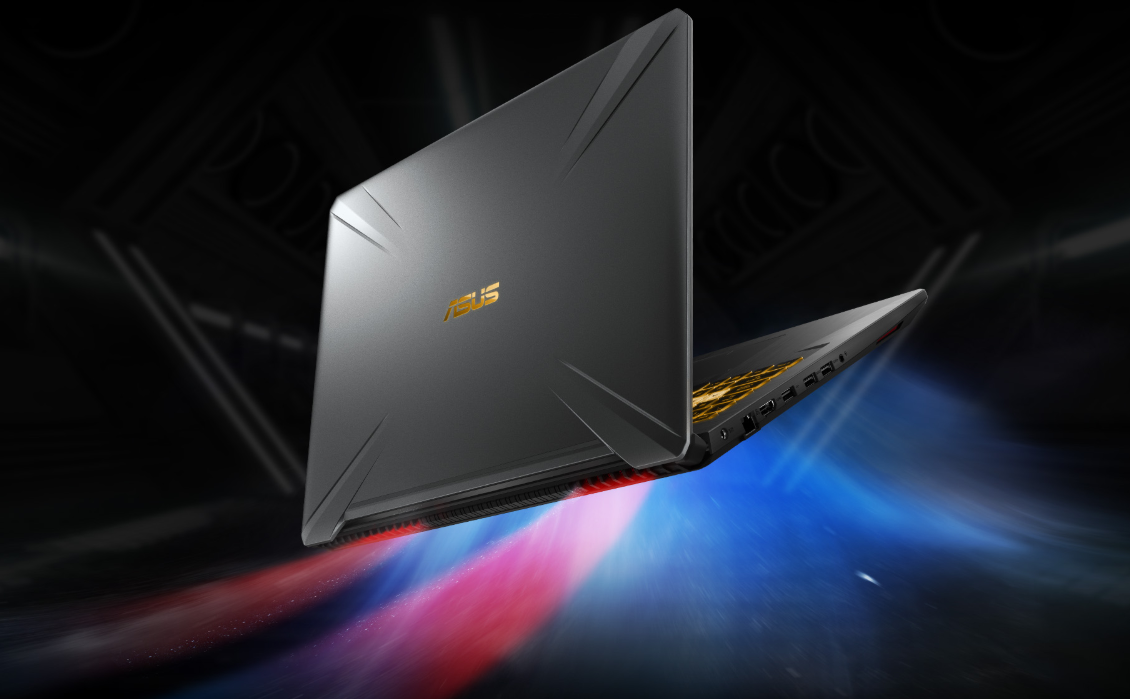 DTS Headphone: X™ technology delivers immersive, high-fidelity 7.1-channel virtual surround-sound for theater-quality audio, even when you're using a headset. It features optimised settings for games, sports, and movies, and has a built-in equaliser for additional fine-tuning.

* Unless otherwise stated, data read and write speeds are based on theoretical performance. Actual performance may vary in real-world situations. 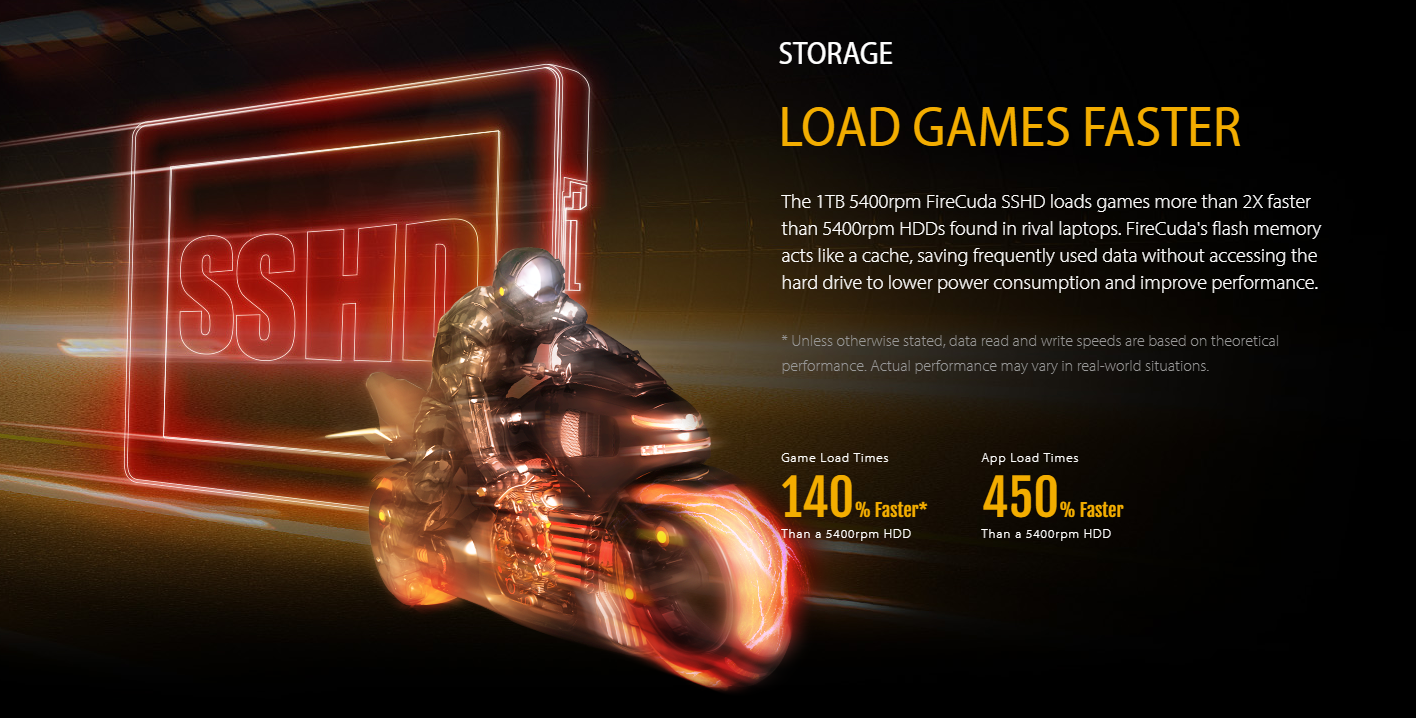 Get ready for some serious multitasking — FX705 AMD Edition pairs its quad-core processor with up to 32GB of dual-channel DDR4 2400MHz memory for improved performance and energy efficiency. 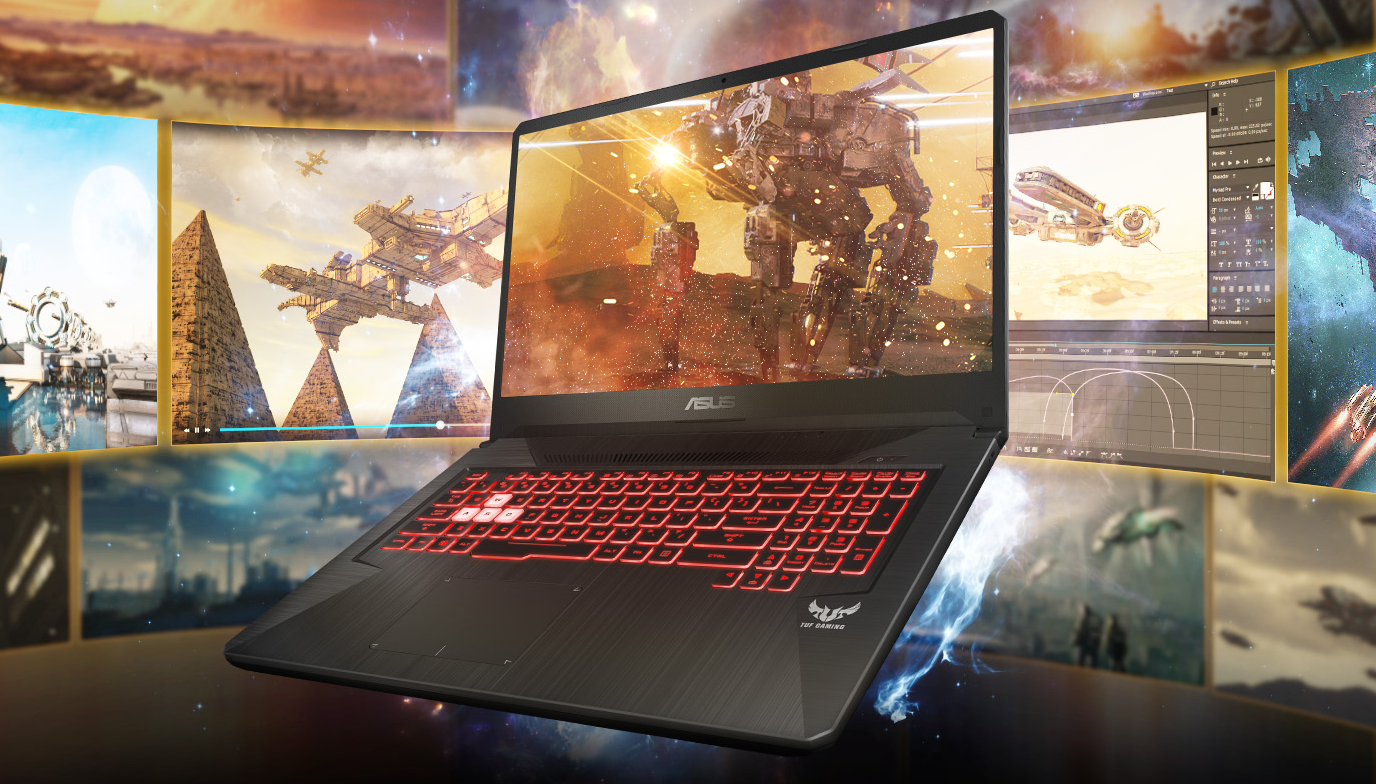 TUF Gaming Armoury Crate puts all essential system and lighting control* at your fingertips in a single utility. You can easily change settings for both and define up to four game profiles that automatically make adjustments when you launch your favorite titles. These options are just the beginning for what will become an even more versatile tool.

* Lighting control function may not be available on some models. 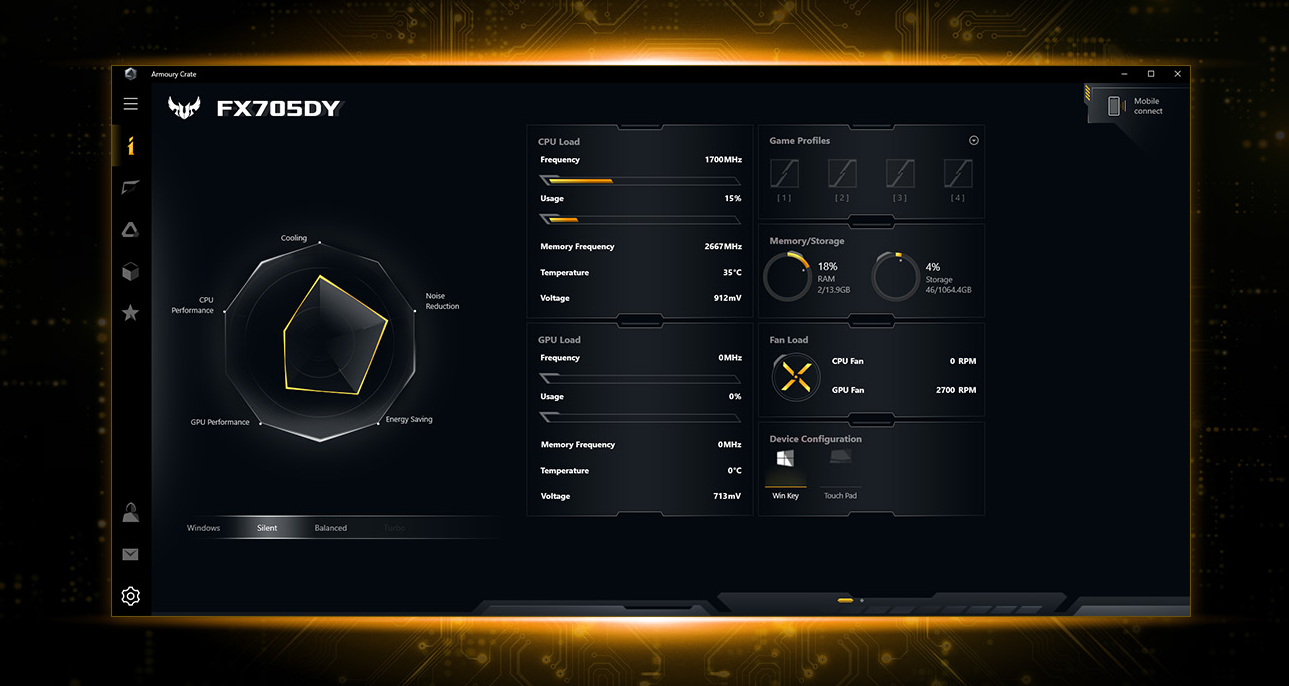 FX705 AMD Edition features a host of I/O ports including a single USB 2.0 and two USB 3.1 Gen 1 Type-A ports for your gaming peripherals, as well as HDMI 2.0 to connect to an external display. All ports are situated on the left side of the laptop so there's nothing to interfere with right-handed mousing. 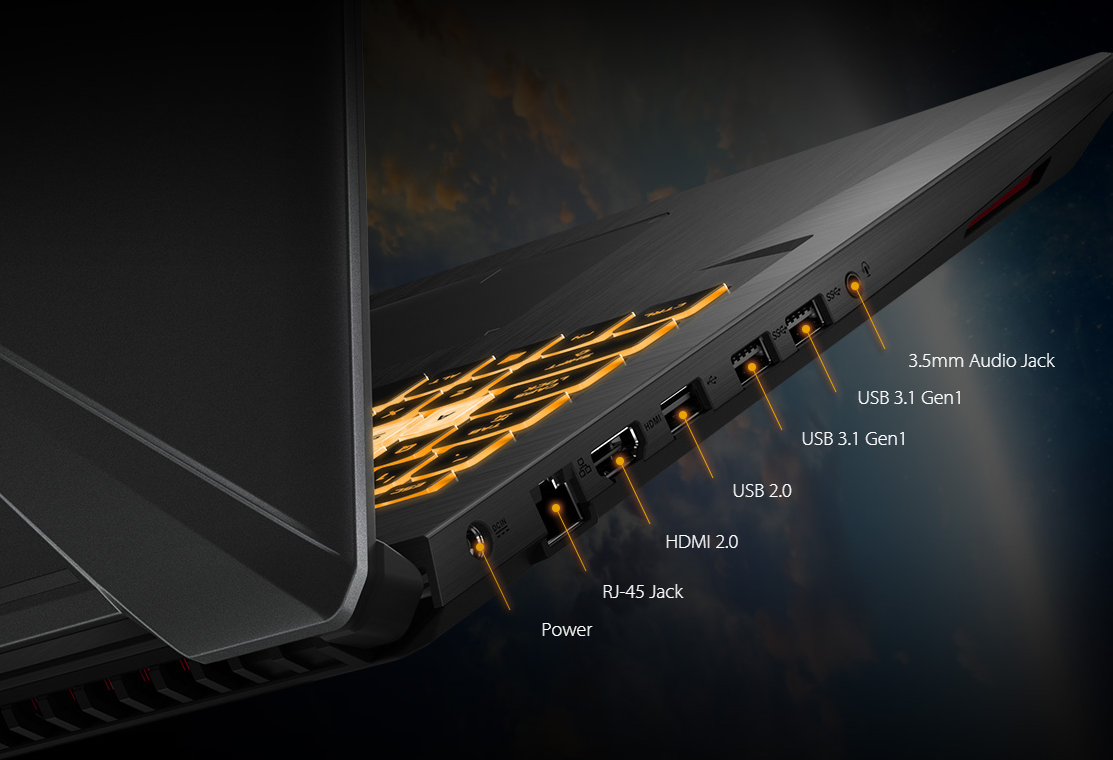