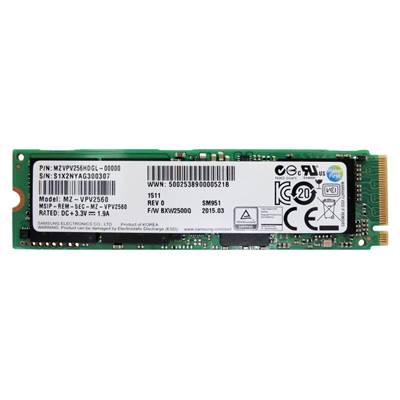 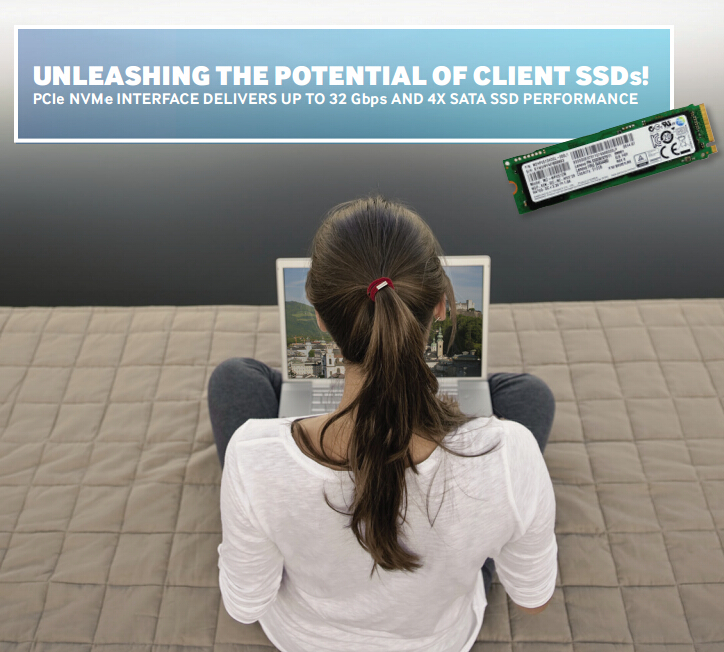 Solid state drives are taking the personal computing market by storm. No longer just an add-on for enthusiasts, advanced SSDs are becoming the storage of choice, reaching enviable levels of performance and efficiency - levels traditionally reserved for enterprise-class applications.

Best of the Best

Power users invariably want the best storage performance, the best power utilization and the best reliability at a reasonable cost with minimal use of space. They desire performance levels that clearly enhance the user experience for high-intensity applications such as movie streaming, video editing, and hi-res or 3D gaming. Enter the PCIe Gen 3.0 NVMe Samsung SM951.

For manufacturers of ultra-slim notebooks, desktops and workstations considering the PCIe 3.0 interface, the SM951 can read sequentially at 2,150MB/s (megabytes per second) - approximately 4X faster at sequential reading than current SATA SSDs. This allows the drive to read 250GB of data, the equivalent of 50 5GB HD movies, in only two minutes. The four lanes of the PCIe 3.0 interface provided by the SM951 support transferring data from the drive to the CPU at up to 32 Gbps (gigabits per second).

The SM951 uses the new NVMe protocol, which was built from the ground up to support flash devices. PCIe SSDs that leverage NVMe deliver 4X the performance of SATA SSDs, which use the legacy AHCI protocol originally designed for use with SATA devices such as hard disk drives. The first generation of PCIe SSDs used the AHCI protocol. Moving to NVMe allows for maximum storage performance.

Adding to its attractiveness, Samsung's SM951 delivers its leading-edge performance within an M.2 form factor, measuring only about one seventh of a 2.5 inch SSD, and weighing less than 10 grams. Densities include 128GB, 256GB and 512GB.